Theology for the road

Brian Houston twitters… “Have been talking to lawyers 4:05 PM Jul 28th via UberTwitter”

Now I was emailed by an anonymous person what George Aghajanian was doing in Hillsong. He is the Hillsong general manager and he has snail mailed this letter during the week about the Sunday Telegraph article. 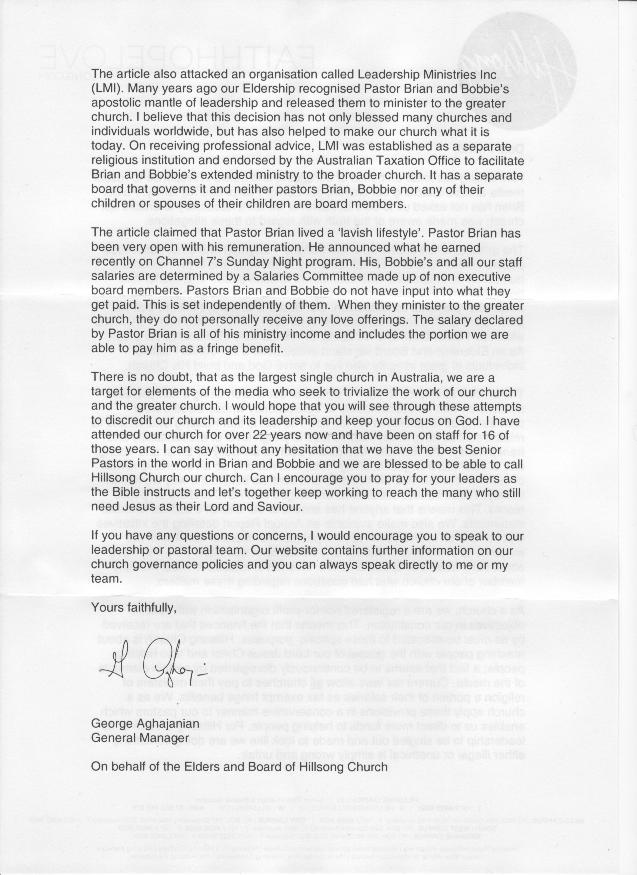 Edit: Thanks to the anonymous emailer who emailed me this letter!

Finding God and Healing Through the Practice of Permaculture

Ringing the bells for Christian traditions and getting our story out there. If we don't, who will?

Tim's Blog - Just One Train Wreck After Another

Be. Low impact. No nonsense.

[the poetry of orthodoxy, orthopraxy, orthopathy]

Theology for the road

Seeking the Good & Claiming it for the Kingdom

The babblings and wanderings of one woman.

WordPress.com is the best place for your personal blog or business site.